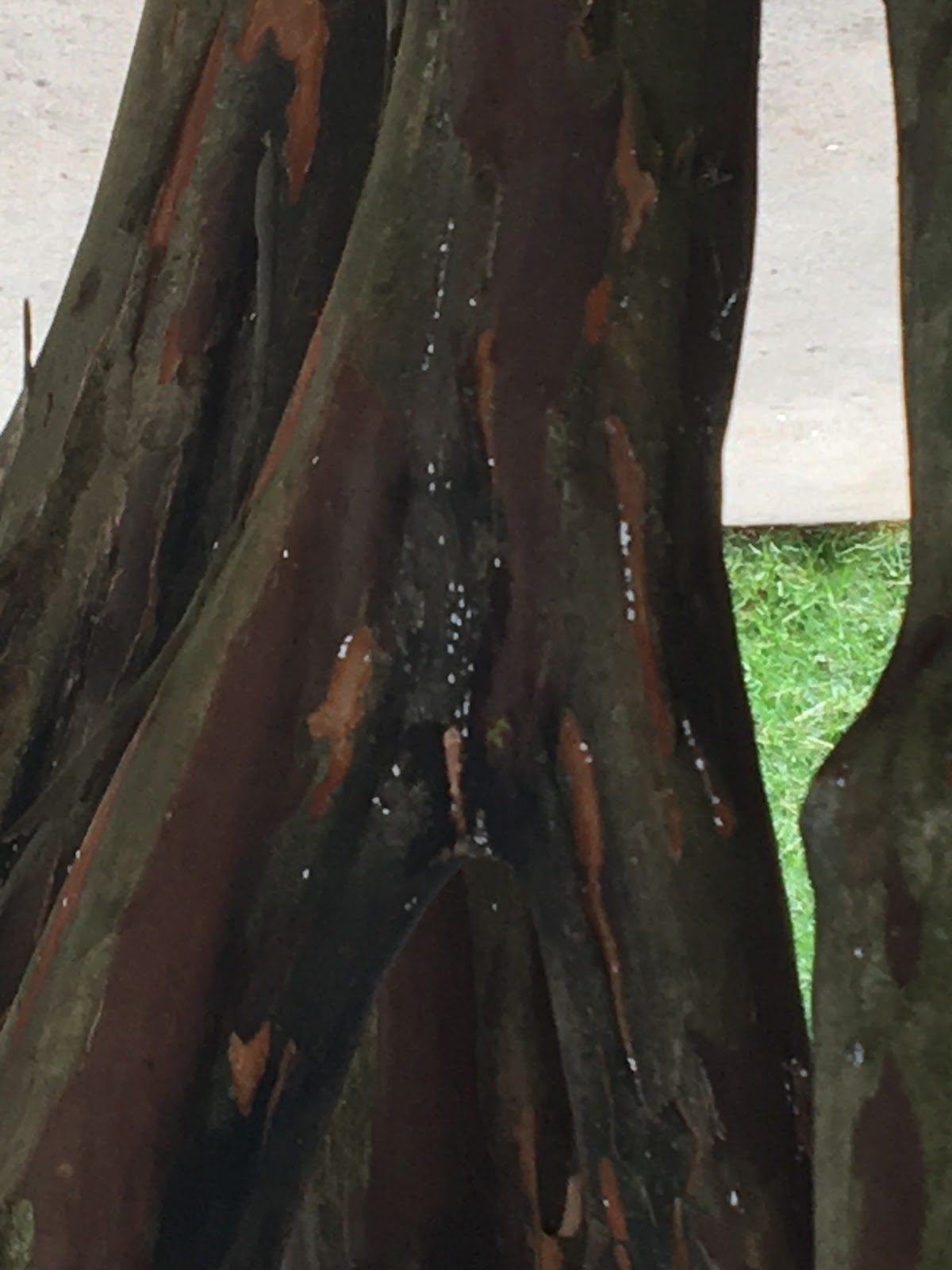 The Crapemyrtle bark scale (Acanthococcus Lagerstroemia) is a recently introduced pest from Asia that initially infested Crapemyrtles (Lagerstroemia spp.) in Texas during 2004. Since then, it has spread rapidly through Oklahoma, Arkansas, Louisiana, Mississippi, and Georgia. Now it has been discovered in North Carolina and Virginia and the distant spread of this pest has likely been through the movement of plant material. CMBS first made an appearance in Mecklenburg County in Davidson and Cornelius and has since moved as far south as Ballantyne.

The CMBS is a bark or felt scale, which is slightly different from soft scales. However, they have a waxy coating and exude honeydew, as do soft scales. Bark scales are in a different scale insect family (Eriococcidae) than soft scales (Coccidae) and they look very similar to mealybugs.

The CMBS infestations appear as white or gray, waxy crustaceans on stems, large twigs, and trunks, but rarely on foliage. They especially congregate in branch crotches and at pruning sites. This scale will settle to feed under loose, exfoliating bark of the Crapemyrtle, which makes control by both predators and pesticides more difficult.

These bark scales produce copious amounts of honeydew, the sugary waste the scale produces as it feeds on the plant’s phloem. As a result, the leaves, branches, and trunk become covered with black sooty mold, which grows on the honeydew.

Though extremely unsightly, Crapemyrtle bark scale is absolutely an issue we can take care of. Systemic applications are taken up by the roots and into the leaves and stems, and as the material is consumed, the insects die off. Biological controls are also available; however, they can take several seasons to build up a large enough population to bring the scale under control.